Back in February 2014 I wrote about the Przewalski’s horses in Woburn Safari Park (Bedfordshire, UK). Last weekend, I went back to visit them again. 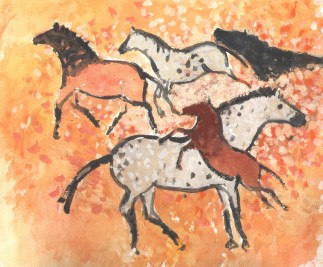 (picture by Tom Campey after the ancient Lasceaux cave paintings)

Przewalski’s (see note below) horses are the last surviving subspecies of wild horse. They’re the real thing. These horses used to roam the steppe or treeless grasslands along the Mongolian border with China. Because of hunting and the disappearance of their habitat as humans spread out across the steppes, these wild horses very nearly became extinct.

Some Przewalski’s horses were kept safe and bred in captivity – but not domesticated. Today there are still only about 1,500, mostly in zoos though a few have been re-introduced back into Mongolia. Woburn has a small herd of five. 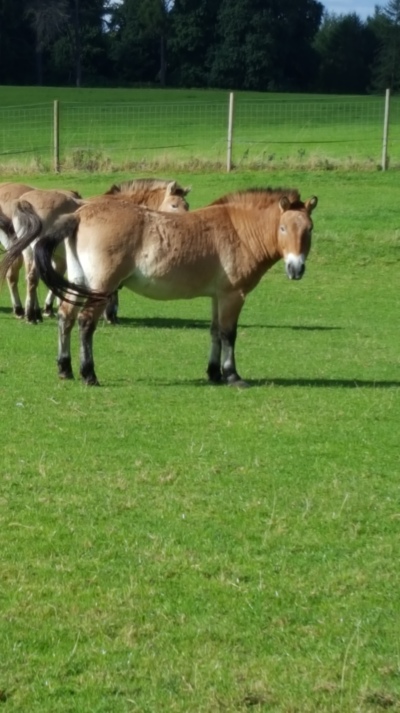 Other horses sometimes described as wild are actually descended from escaped or released domesticated horses, eg mustangs in America, brumbies in Australia. They’ve generally got a hint of their Arab or Spanish ancestors’ graceful looks.

The appearance of a Przewalski horse, by contrast, is fine-tuned for survival. This one has his summer coat.

So you’ll see that, compared with the domesticated horse, a Przewalski horse has a shorter, more muscular body. His plain colouring is designed to camouflage him and his mane sticks up. His shape is more like that of a Zebra (they’ve also got Zebras at Woburn) and like Zebras Przewalskis determinedly resist taming and have to be sedated for any hoof trimming etc. 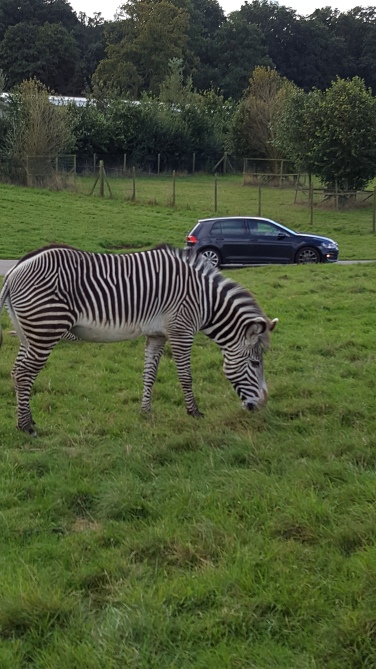 Apart from the ears, they also resemble the Somali Wild Ass a little:

There’s a chapter on wild horses in film, check out Lights! Camera! Gallop! The Story of the Horse in Film find out more here